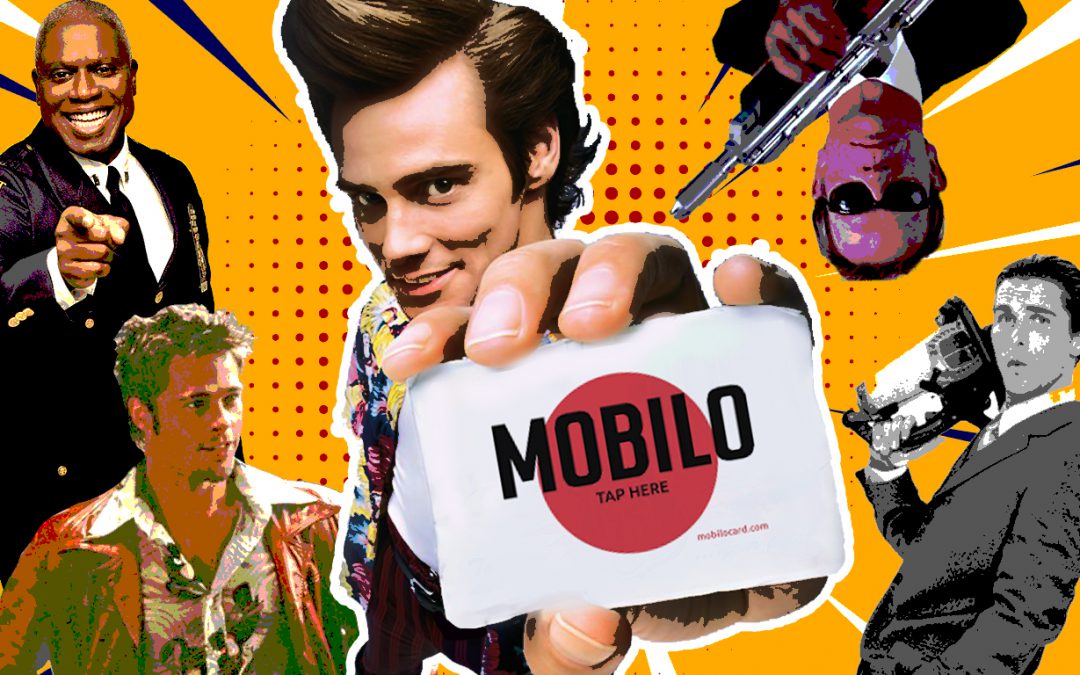 In the infamous business card scene from American Psycho, Patrick Bateman, the psychopathic protagonist, begins by pulling out his new business card from its metal holder. Everyone is notably impressed, but just a few seconds later, two of his co-workers pull out their business cards, which receive more acclaim than Mr. Bateman’s did. The scene ends with the group viewing Paul Allen’s business card, which is so aesthetic that it causes Mr. Bateman to start sweating, get shaky hands and physically drop the card as he admires it.

“Something wrong, Patrick?” a coworker asks. There sure is—Mr. Bateman had the least attractive card of the bunch. Never settle for ordinary—use Mobilo’s Card Constructor to design a uniquely professional business card in minutes, even with no design experience. Everyone judges you based on how your business card looks, even if they aren’t as upfront about it as Mr. Bateman and his co-workers are.

Any professional business card will have your title on it somewhere. In the case of Wile E. Coyote, he was under the impression that his title was Genius. Personally, we’d recommend staying away from such a controversial word that may or may not be seen as incredibly egotistical on your end, but it never hurts to be clear about why you’re the best in the business, even if it falls out of line with traditional business card format.

(Though we would recommend always putting contact information on your business card—for being a genius, Wile E. Coyote seems to have forgotten a very crucial element of networking.)

Note the stark difference between Ace Ventura’s business card and the business cards from American Psycho? The industry you’re in dictates what the design of your business card should look like. If you’re wearing a suit in a corporate office, maybe a classic design works best. But in the case of someone like a veterinarian, perhaps a more casual design makes more sense.

And if you’re a pet detective, of all things? Well, feel free to have as much fun as you’d like. So long as your contact information is readable, in non-traditional industries, a little personality goes a long way.

Along with fantastic writing and acting, Ghostbusters was a smash success due to its (somewhat) realistic portrayal of what it might be like to hunt ghosts. When you’re trying for realism, the little things count, which is why the business card of the Ghostbusters is surprisingly realistic, with a basic but effective design that contains names, contact information, and company information.

Our only gripe is using one business card for an entire organization—with Mobilo, you can order personalized smart business cards for every member of your team.

Despite Kramer’s usual antics, he nailed his business card design. But notice the faded coloring? The creased edges? That’s not a sign of professionalism in 2021. Mobilo smart business cards never fade, fold, or bend. They’ll look as good five years from now as they do the very first day you get yours.

If you’re going to make up a job title for yourself, make sure it doesn’t have other less-desirable connotations. (Psst—employers, you can prevent employees from changing their job titles in the backend of your Mobilo smart business card management dashboard.)

After Captain Holt loses a business card, Terry and Rosa bring him dozens of cards from individuals he has helped in the past 30 years. Holt has an amazing memory and can remember the exact details of multiple individuals—but it’s unrealistic to think that your average person will be able to perform such a feat! Don’t risk prospects forgetting who you are when they look at your paper business card—upgrade to a Mobilo smart business card to input your contact details and other information directly into their phones.

The Men in Black possess sophisticated technology that allows them to wipe the memories of any individuals they come into contact with. As such, a business card isn’t needed—and it’s actually a hindrance to their mission. Still, the directors couldn’t seem to pass up on the inclusion of a business card—apparently, even if you’re a secret agent, you still need one.

Finally—a pop culture business card that does everything right. The logo and information are perfectly formatted and designed to both catch the eye and make the reader feel at ease. But, keep in mind that Fight Club was released in 1999—if it were released in 2021, the director, obviously, would have opted to use a Mobilo smart business card—an eco-friendly choice to match the all-natural and handmade soap sold by Tyler Durden, who, as viewers know, may or may not exist in the first place. (Even if Tyler Durden does happen to be a figment of the imagination of a mentally unstable individual… it’s still a good card.)